The IFUMA Food and Beverage test is applied in terms of a 360 degree analysis. It provides statistically acceptance measurements, review of the taste effects and testing compared to competitive environment. The IFUMA Food and Beverage test is carried out as central location test. It can be done both monadicly – e.g. for a single test drink - as well as semi monadicly, e.g. comparing three or more test beverages.

Usually several newly developed designs are tested against competitive products. This is best done within a semi monadic approach, in which the test subject three drinks (e.g. out of six test beverages products) are presented for tasting. To counteract position effects the submission of test beverages will be rotated.

Blind test: The test products are first tested blindly to investigate the acceptance of the product and its taste effect regardless of brand influence. Then the drinks are tested branded to detect the contribution of the brand to product acceptance.

As part of the blind test the Acceptance will be initially checked. Subsequently, the strengths and weaknesses of the product are analyzed based on open end questions. The taste effect is evaluated based on a profile that includes the essential taste descriptors. Eventual deficits in product dimensions are investigated by follow up questions that (e.g. "to fruity" vs. "not fruity enough") clarify the deficit direction.

Branded Test: In a further step, the test products are examined branded. For this, the test foods or beverages are tasted and judged in finalized bottles / packaging (or pictures of the finalized bottle / packaging). The central acceptance dimensions (Overall Acceptance, buying interest) already checked under blind conditions, now applicable under branded conditions a second time. Any differences between the blind and branded acceptance measurements can then be interpreted as an influence of the brand.

Usage and Attitude: Since the individual food and beverage segments have specific usage patterns a set of behavior and attitude questions regarding the use of the specific beverage is integrated. In this regard, if necessary questions are asked e.g. on the following:

• Assessing the addition of flavorings

Comeback of Sodas and Colas

An increase - although not quite as strong as in bottled water - is also found in soft drinks. The consumption of soft drinks was in 2000 at 106 liters per capita, it rose to 119 liters up in 2015. Overall, therefore, a significant increase was found in both bottled water and refreshing beverages.

The increase in the consumption of bottled water is due to the desire for health and wellbeing. In particular, doctors and nutritionists are not tired, the fluid needs of the people, which is 2 to 3 liters per day, to point. The advantages of high fluid intake - if it is not just dealing with coffee or alcoholic beverages - are in the detoxification of the body and the increase of efficiency and well-being. The devastating effect of too low fluid level is sometimes observed on the elderly, if they forget to drink enough water. The result is dehydration, or the acute degradation of physical and cognitive function to confusion and physical collapse.

Bottled water is no longer seen today only as a thirst quencher, but also as a wellness and fitness drink. In particular, the French brands Evian, Volvic and Vittel contributed in this regard to a change of image for mineral water. If they were in the 90s in women's magazines such as Petra, Brigitte or Cosmopolitan as Wellness - advertised and beauty-enhancing waters. This type of advertising caused that women of today are now rare in the workplace without having a 1.5 liter bottle of mineral water. The intensive water consumption was just promoted from these brands particularly.

Had sodas and colas in the 80s and 90s, the image of a beverage for children and adolescents, so drinks came in recent years increasingly to the market that meet the expectations of adults stronger.

Came sodas and cola-based drinks more and more in the line of fire of criticism due to their high sugar content, so were increasingly developed in the last 10 years lemonades and cola-based drinks, which are characterized by low-calorie and less sweet flavor. Among the numerous new cola providers the trend goes just in the direction of "Natural Cola". An example for this is the very successful brand "Fritz-Kola", originally from Hamburg, becoming now a nationwide brand.

An essential aspect for the high acceptance of soft drinks is the increasing diversity of flavors. Besides the classic flavors such as orange, lemon or apple more new flavors are being developed. Besides the classic flavors flavors such as grapefruit, lime, lychee, ginger, mango, cranberries are offered. Also drinks have been developed that take up "old fruits" such as elderberry, quince or rhubarb.

On the background of globalization and international mobility exotic fruits and specialties are more and more available. They stimulate consumers interest in new flavors. For example, twenty years ago mango or passion fruit were known only to the long-haul travelers. Today they are available to anyone at Aldi, Lidl and Co..

In the field of soft drinks, consumers show a desire for less sugary and for more natural products. This desire do operate the major suppliers with their light and Zero-variants in which sugar is replaced with artificial sweeteners. But in "sensitive" target groups, who are more interested in simplicity and sustainability, these drinks are felt too artificial.

In this context Bionade is a milestone. It made the concept of a biological lemonade with low sugar content and only natural ingredients nationwide popular. Launched initially as scene drink in hipster pubs in Hamburg, it developed in the course of a few years to a nationally known lemonade, which was regarded as an alternative to Fanta and Co. The high sugar content made them unacceptable for individuals who are interested in fitness and smart shape. Furthermore Bionade was very well acceptable for critical mothers, for them Fanta and Cola for their children, a "No Go" was.

Furthermore Bionade had an attractive brand myth that involved the touch of a rebellious attitude next to the aspect of sustainability. Was Bionade initially seen as an alternative to traditional soft drinks, it developed into a brand with high growth potential.

The vacuum created now, was filled by smaller suppliers like Fritz-Kola / Fritz Limo, Aloha or Lemon-Aid, which could significantly expand its presence in the gastronomy scene in sequence. Especially Fritz-Kola / Fritz-Limo appears today as a brand that is gaining nationwide popularity.

Also on the jump to national popularity is Club Mate, which has its historical origins in Saxonia, the former GDR. Club Mate is a rather cola-like product that is based on mate tea. As well as the cola-based drinks it has a high caffeine content. Similar to energy drinks - but also similar to Fritz-Kola with its maximum caffeine content - works Club-Mate significantly activating and supports the younger ones at nightly parties in the clubs. Meanwhile applies Club-Mate in the big cities as a very popular hipster drink.

A current peak in terms of sustainability marks the brand Lemon-Aid / Chari-Tea. It combines attractive tasting drinks with a funky bottle design. Organic ingredients and low sugar content are further attributes of this brand. Just as Bionade in the early days or Fritz-Kola / Fritz Limo it gives the impression of an ethically dedicated niche player. Its social engagement (5 cents per bottle for social projects) highlights the brand on a funny and intelligent way in their brand names (Lemon-Aid / Chari-Tea).

Currently, the supply of cola drinks developed boom like. Provides Fritz-Kola now for several years its particularly caffeine-containing cola on, now Bionade offers a Cola. Possible concerns of consumers, whether a Cola can match the brand Bionade be wiped off with a reference to the naturalness and biological ingredients. Just as Fritz-Kola Bionade Cola provides a less sweet taste than regular colas.

Hamburg can apply in Germany as the Cola stronghold. Four of niche vendors provide competition to the established providers Coca-Cola and Pepsi-Cola. Besides the already mentioned Fritz-Kola compete Cola Rebell, Mojo Cola, Premium Cola and Ali Cola for the attention of visitors to the Hamburg In-places.

Cola Rebell is based on an idea of ​​Hamburg based creatives. It is a "Natural Cola" with natural ingredients. Just as Fritz-Kola, it contains 25mg of caffeine per 100 ml. In addition to this variant, there is under the name of "fuel Cola" nor a "tuned" version with 32 mg of caffeine per 100ml. The Fuel Cola claims to be the strongest one in the world of Cola drinks. In addition to the high caffeine content it contains natural taurine, which makes the Fuel Cola to an energy drink. As a special taste kick Cola Rebell has a chili note that harmonizes best with the cola taste.

Premium Cola was founded by Cola activists that liked the original and icon-like Afri Cola from the 1970s. They were disappointed by the new Afri Cola recipe, which changed the characteristic Afri Cola taste and lowered the caffeine content to the level of a regular Cola.

Like the other "Independent-Colas" Premium-Cola contains the 25 mg of caffeine per 100 ml. From the color it is rather dark and the taste stronger than others Colas. Similar to Lemon Aid Premium Cola has a certain social touch: The staff work collectively so that every employee is entitled to vote in management decisions. 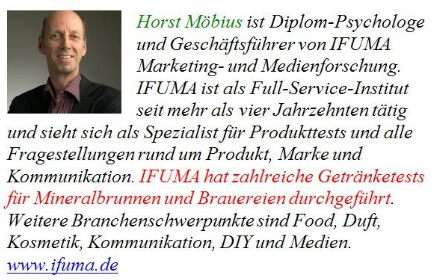